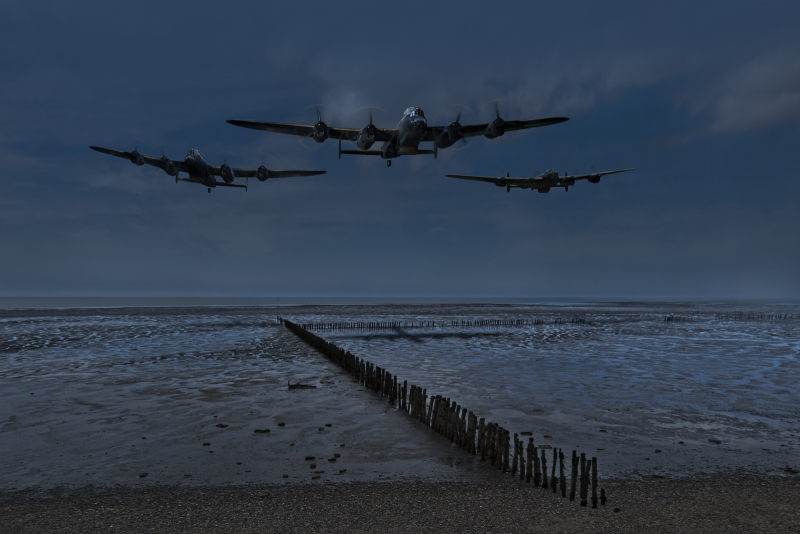 Recently I noticed some confusion (or perhaps wishful thinking) about the code letters applied to the fuselages of RAF aircraft during WWII.

I had posted on Facebook one of my pictures of a 617 "Dambusters" Squadron Lancaster whose code letters were AJ-G. In the caption I referred to it as  "G for George".

Somebody commented, "G for George was flown by an Australian crew and is now in the Canberra War Museum!"

This suggests that only one Lancaster was assigned the code letter "G". In fact, every squadron with more than half a dozen aircraft on its books almost certainly had a "G", commonly referred to in the phonetic alphabet as "G for George".

The system was set out in Air Ministry Order A.154, Identification Markings on Aircraft of Operational Units and Marking of Unit Equipment, 1939:

The first two letters denoted the unit: "AJ" being allocated to 617 Squadron. "AR" was 460 Squadron, for example, "VN" was 50 Squadron …. The method (or madness) used to assign letters to numbers is outside the scope of this piece.

The third letter, usually separated from the first two by the roundel as the order sets out, denoted an aircraft assigned to that squadron.

BACK TO THE MUSEUM

Each of these aircraft also had its own - unique - serial number. So in the case of my Dambusters picture, AJ-G was ED932. Flying in close formation with it that night in May 1943 were ED925 AJ-M and ED909 AJ-P.

The Lancaster that is in the museum in Canberra, Australia, is W4783 AR-G of 460 Squadron RAAF. It flew a remarkable 90 operations over occupied Europe between 1942 and 1944 and is justly famous, but it didn't go on the dams raid.

I say 90 ops is remarkable because most of the 7,377 Lancasters that were produced did not survive even 20. As individual aircraft failed to return from an operation, their replacement would more than likely be assigned the same letter. So not only were there many Lancasters nicknamed G for George but it's likely that even each squadron might have had more than one.

I'm sorry if that disappoints anyone who had been thinking that their father's/uncle's/grandad's Lanc is the one in the museum because he had mentioned flying in "G for George". 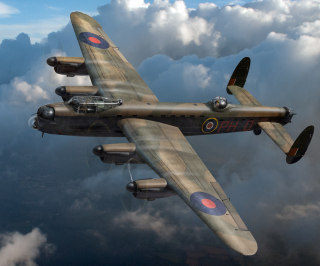 Like so many things, Air Ministry orders were sometimes honoured in the breach, for whatever reason. I've just been working on a picture of a Lancaster of 12 Squadron (code letters PH) which we think was JB406 – which was one of the squadron's Lancasters coded "D".

I'm sure I must have mentioned this before but RAF squadrons' operations record books, which these days are held in the National Archives in Kew (all being well), were not written for the convenience of post-war researchers. It is unusual to find an entry that says such-and-such crew went in Lancaster serial number whatever, which at the time was coded this-or-that letter.

Happily, however, 12 Squadron did have that habit. So we can read that on the night of 1/2  October 1943, Flight Sergeant KB Smitheringale and his crew flew in Lancaster D … serial number DV161. Next night the same aircraft was taken up by Warrant Officer FR Joy and his crew - which included my client's great uncle.

When W/O Joy and crew next went on an operation to Germany, five days later, they were also flying D … unambiguously shown as serial number JB406. Same aircraft the following night – when JB406 was shot down and did not return.

DV161 was not listed as being flown by anyone else in the meantime so I don't know what became of it and why its letter D was reassigned.

Anyway my task was to depict this Lancaster, PH-D. We had a photo looking back from the nose of the bomber at a very oblique angle, but clearly showing the port side fuselage roundel followed by the letters PH then a space then D. There is a much more side-on view of another 12 Squadron aircraft, PH-H, that was painted the same way.

In that case where had they put the serial number? While the squadron codes were painted on at the unit level, the serial number was usually applied during manufacture and would typically be in the area where the space was in our photo between the PH and the D. I think that would have looked quite neat, to put "PHJB406D" – but there was no sign of it. And on the better quality (but still blurry) photo, of PH-H, it seemed as though the number had been shifted to above the tailplane.

So that's what I ended up doing. Plausible; client happy; job done. Later in the war, all the 12 Squadron Lancs seem to have been standardised on the usual letter-letter-roundel-letter format. Why these had been done differently I don't know. If anyone with a better knowledge of 12 Squadron's markings would care to chip in, I'd be grateful.