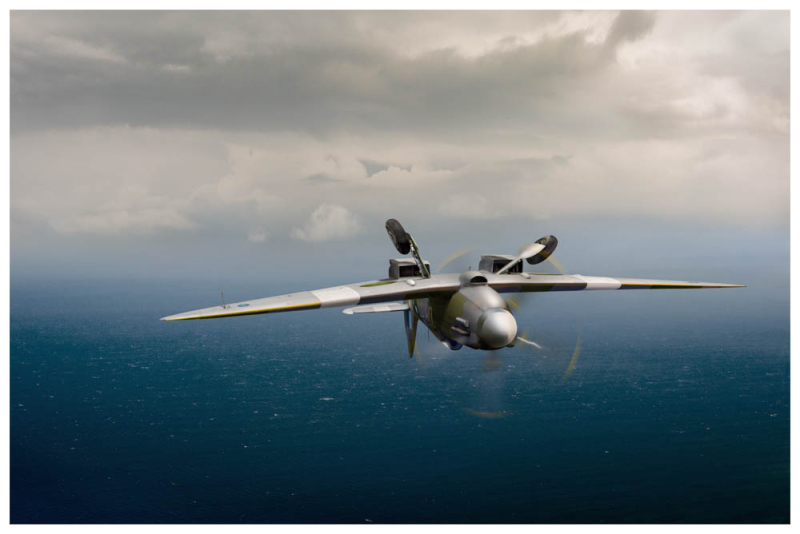 It is always a bit of a strange feeling when pictures that you finished some months previously under embargo are finally published and suddenly now in the public eye.

I was delighted to find a copy of the latest RAF Memorial Flight Yearbook waiting for me on my return from a wonderful week in the remote Mani peninsula in the Greek Peloponnese - there'll be more photos from there on the photography side of my website shortly.

I was asked to make two pictures for the 2018 Yearbook. One is a fairly straightforward depiction of a Battle of Britain Spitfire - except that, of course, every picture has a story to tell.

In this case it's about "nine lives" Al Deere, the New Zealand fighter pilot who, one way or another, by his own account should have lost his life in multiple scrapes.

I was called on to portray the Spitfire he named "Kiwi III" during one of those sudden lulls in a hair-raising aerial combat maelstrom, off the North Foreland of Kent in the summer of 1940.

The reason for it, I was told last October, was that one of the BBMF's Spitfires, venerable P7350, would be going in for a major servicing and would emerge in a new colour scheme: Al Deere’s 54 Squadron Battle of Britain Spitfire Mk1 R6981, which carried the codes KL-B. 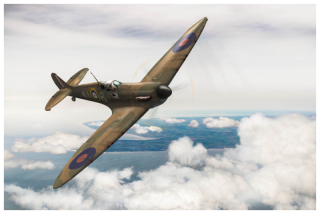 As usual, they would not have any photos of the new scheme until the Yearbook had appeared, which is where I came in. And of course - no surprise - there were no actual photos of the original aircraft. Got that T-shirt.

By a brilliant bit of happenstance, from my point of view, I had shot some photographs of that precise location at about the right altitude a few months earlier - rather bizarrely (in the circumstances) as my wife and I were returning from ... Deere's home country, New Zealand.

Background sorted, with the addition of some weather to suit the reports from that day, I screwed the rivets and painted the codes onto his Spitfire - along with my best guess at what his Kiwi logo might have been like. You can find the finished version here on the Flight Artworks website.

The next request was, technically, much more interesting. It was to illustrate a very personal anecdote by the memorial flight's sometime commanding officer, now historian and publications editor, Squadron Leader (Rtd) Clive Rowley MBE, about the time he was displaying Spitfire PR XIX PS915 in the Isle of Man and the undercarriage jammed up.

Cutting it short: the techies advised that he would have to fly straight and level upside down to get it to deploy.

I learnt more than I thought I would ever need to know about Spitfire landing gear in making this one. For example: those little loops sticking out from the main "oleo" legs? I had never really noticed them before - but those are where the locking pins go that hold the gear up when retracted. And thereby hangs the whole story.

Gear deployment? It's a close thing but the port wheel travels first, then the starboard - so it needed to be shown "legs akimbo". I hope I got the differential about right.

And artistic licence, frankly, on what the oleos look like when not under load but upside down and therefore under their own, unaccustomed, gravity loading.

Short of getting someone to do it again so we can watch, I daresay no-one knows what this actually looks like so my picture might be unique in that regard.

In other details: at the time, PS915 was wearing the 152 Squadron South East Asia Command (SEAC) colouring of UM-G, which had the squadron’s leaping black panther on the fuselage.

I love those five-bladed props, by the way.

Well, probably not a best seller as a picture but a fascinating one to work on. Here is my finished version.

Enjoy the Yearbook: it's a terrific read.