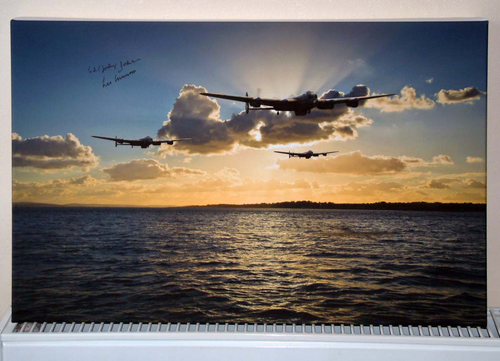 It ranks in certain quarters as possibly the most daring and audacious operation the RAF carried out during World War II. But when I asked American and German friends ... they had never heard of it.

Doing what I mostly do there is only one game in town this week: 70 years ago, on the night of 16/17 May 1943, nineteen specially modified Lancaster bombers of 617 Squadron flew at extremely low level across to the Ruhr and used a clever "bouncing bomb" against German dams, smashing two of them.

There is of course far, far more to it than that. Not least the fact that five of the aircraft did not make it to their targets, and another three did not get back. Of the 133 aircrew, 53 were killed and another three taken prisoner. Many civilians also died - as they did most nights on both sides; there was a war on. 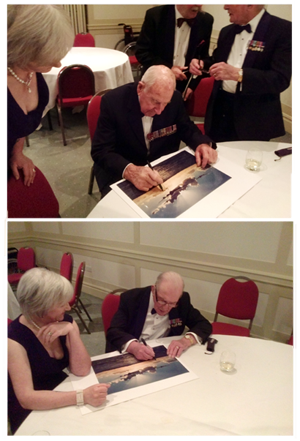 I have been making a series of pictures about this operation, a number of which have been sold - some to magazines or other commercial outfits, and of course some to private individuals who want a slice of history on their walls.

One such customer bought two canvas prints last week and took them along to a commemmorative signing event at a gallery the other day, then sent me photos (and some very kind words) afterwards.

One of his photos shows one of the Lancasters, AJ-T, crossing Holland just feet off the deck. It has been signed by the redoubtable Squadron Leader George 'Johnny' Johnson DFM RAF ... who was the bomb aimer in that very aircraft. A weird thought.

He also signed the other picture, showing a wave of three Lancasters heading out against the setting sun (top) - and it was countersigned by Squadron Leader Les Munro DSO DFC RNZAF, one of the pilots that night.

Another recipient of some of my prints took them along to the Dambusters reunion dinner, and very kindly sent me a couple of photographs (right).

They show one of my prints, as she put it, "being signed by two certain veterans". No prizes for guessing who they were.  These men are legendary and it is very humbling that they have put their names on some of my pictures.

The 70th anniversary of the operation also prompted various 'specials' among the aviation magazines.

I was very pleased that the publishers Morton's of Horncastle selected one of my images (the one at the top of this post) to run as a double spread on the contents pages of the anniversary bookazine  they produced for the UK and US markets, with another picture - First Wave - also across two pages illustrating part of the story of the raid, written by Squadron Leader Clive Rowley MBE RAF (Retd).

Another magazine used my picture of L for Leather over the Eder for the cover of their May/June 2013 issue, entitled The Dambusters: 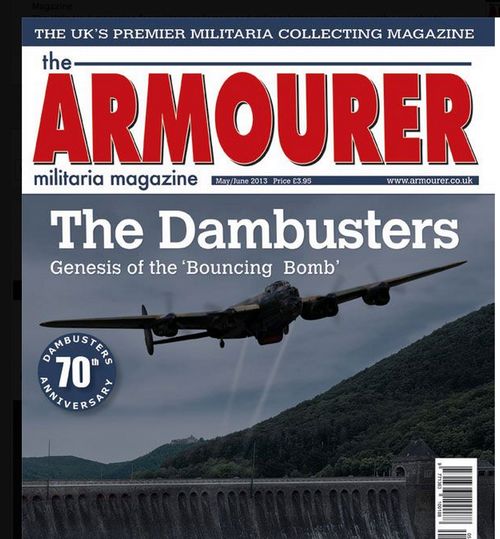