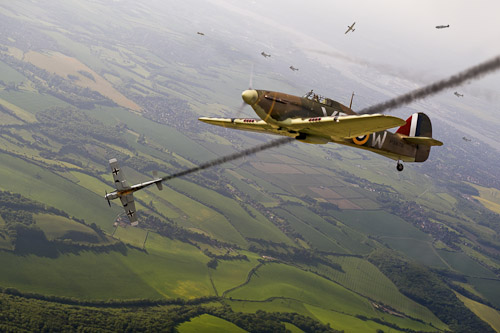 Alongside my regular photography, taking in trips to the North East, the sailing Olympics in Weymouth and the Edinburgh Fringe, I've recently been putting a lot of effort into my new aviation project, Flight Artworks.

It is currently hosted on my main photography website but my intention is to spin it out into a separate venture with its own clear identity.

One of the responses to the pictures on my Facebook page asked,"Is this a Photograph or computer art?"  Well, given that I shoot and process digitally, you could say everything I make is "computer art".

But I know what he meant. In that sense - no, it isn't. All the elements of the pictures are photographic. They are then combined on a computer, and adapted to a greater or lesser extent as the scenario demands. So in that sense - yes, I suppose so. However I still need the photographs to work from.That picture of the Kent landscape? I took it from an aeroplane over Kent!

Hats off to those clever people who understand 3D software and can carve aircraft out of a block of digits entirely on the computer. But there's more to it than that. Almost all the purely digital creations that I've seen look like what they are. You can just tell. So it does please me when people look at mine and ask, "How has he done that?" 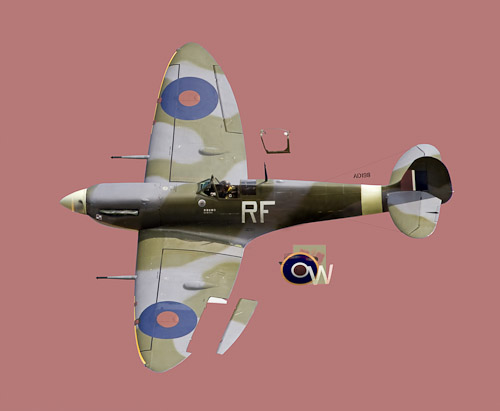 I think a crucial aspect of this is my photographic background. Any photographer is a student of light. Light, not the camera, is the primary tool. What makes a thing look real is the play of light on its surfaces. The corollary being that an unrealistic play of light will make the whole look unreal.

When I think of a scenario I immediately think about how I can find and combine the elements that would be needed to real-ise it. In fact it can work the other way round: having the elements to hand suggests a scene that I might portray.

Half the fun is then in the research. As an aside, although I'm modelling virtually it turns out I have a lot in common with those who work in plastic to recreate past events - who do seem to exhibit a  passion for getting the minutiae correct.

I have also learnt just how easy it is to get it wrong. Spitfire wings? Don't get me started.  Ironically, often the wonderful old aircraft that are still flying around today, thanks to the tireless efforts of those who restore and preserve them, are not at all what they appear to be.

But that's where the computer art takes over - and makes it possible to recreate them as they were in their heydays.

Everything from changing code letters and registration numbers, to bigger elements such as the cannon and wheel blisters on the wings, armament, props and exhausts - even the shape and size of the nose and cowling.  And in the case of a Type 464 Lancaster (for the Dambusters series), the bomb bay and mid-upper gun turret as well as numerous details such as fuselage windows, exhaust shrouds, aerials and pitot tubes.

I use primarily Photoshop. So, for those familiar with how it works, I typically would have dozens of separate layers going on which makes it easy to tweak various aspects or indeed re-use parts and change the coding or the extent of weathering or whether the guns have been fired and so on.